Behind the scenes: On embracing the power of memories 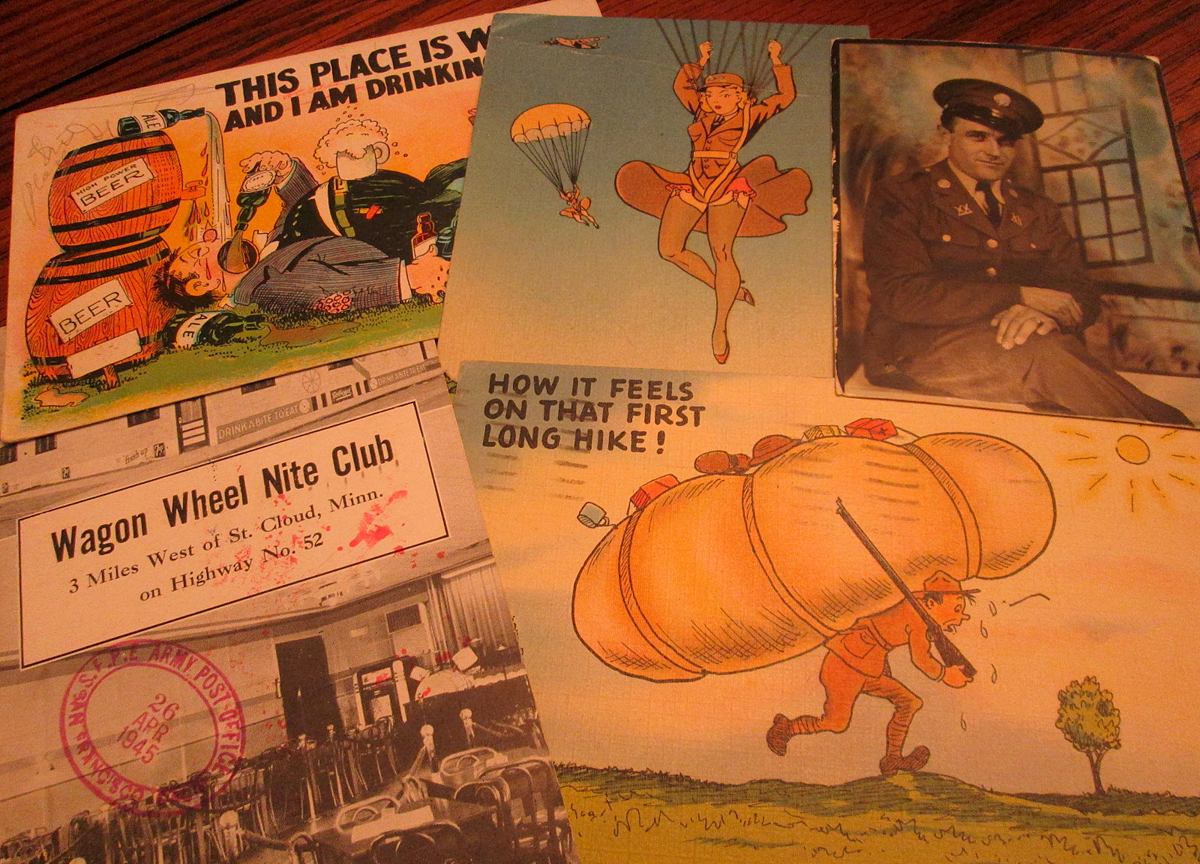 Note: This is the fifth of six posts going behind the scenes of my writing process — what inspires me, the way I work, and how I recharge. For links to the rest of the posts, scroll down.

Some memories wedge themselves so deep that they become your defining image of a person you love.

My grandpa served in the U.S. military during World War II. That’s him in the upper right. While he was away, he and the gal he was courting — my eventual grandmother — traded letters and postcards. I’m lucky enough to have a few of their exchanges and to get a picture of the people they were long before I entered the world.

When I remember my grandpa, I see him standing before a long, wooden workbench in his garage. The open door spills light across his collection of not-junk to fix, the bare metal gleaming here and there where the sun hits just right.

The stairs from the back porch creak as I skip down to the cool concrete floor and tell him it’s time to wash up for dinner. 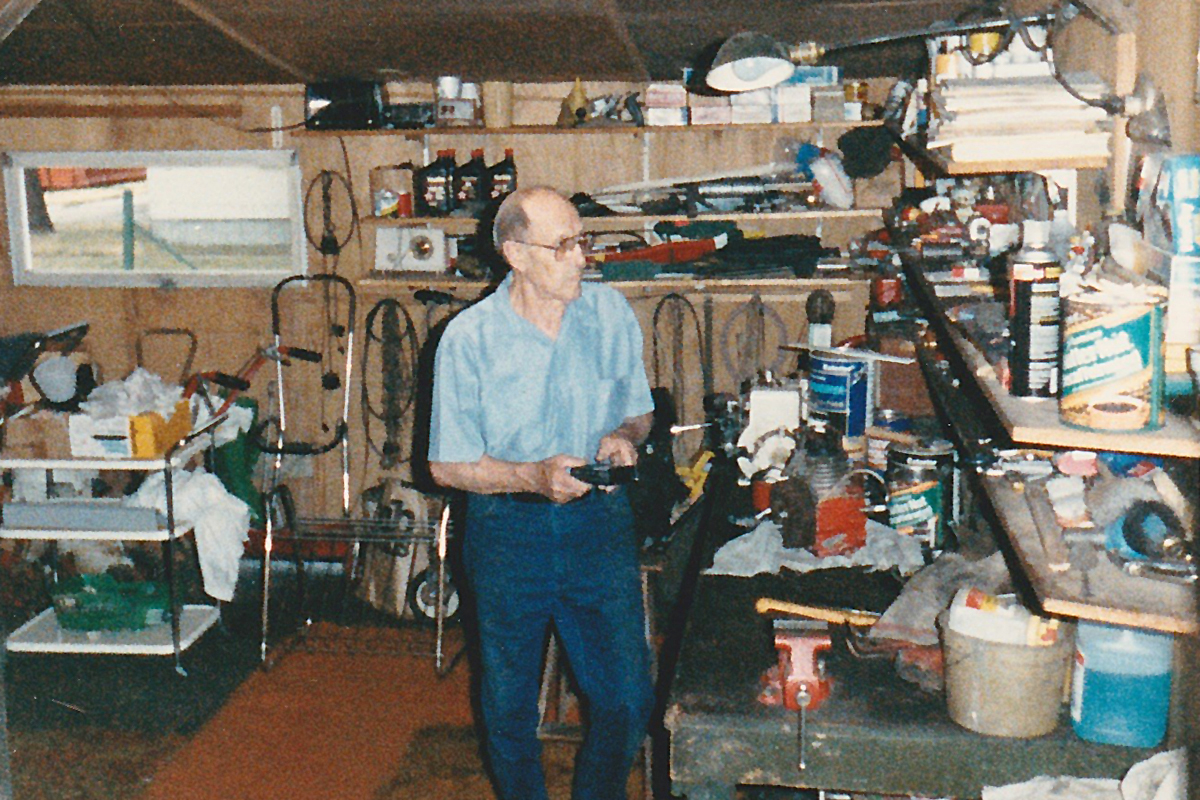 This is my grandpa as I knew him best: at home amid bits and bobs of projects for tinkering. He was a quiet, steady man with a deep focus and dedication for whatever he put his mind to.

My grandpa was a tinkerer with machines; I like to think I follow in his footsteps with words.

In An Accidental Gentleman, I give Kit, the heroine, a similar relationship with her own grandpa. Because that’s my defining image of fiction: The stories are made up, but the emotions are all real. 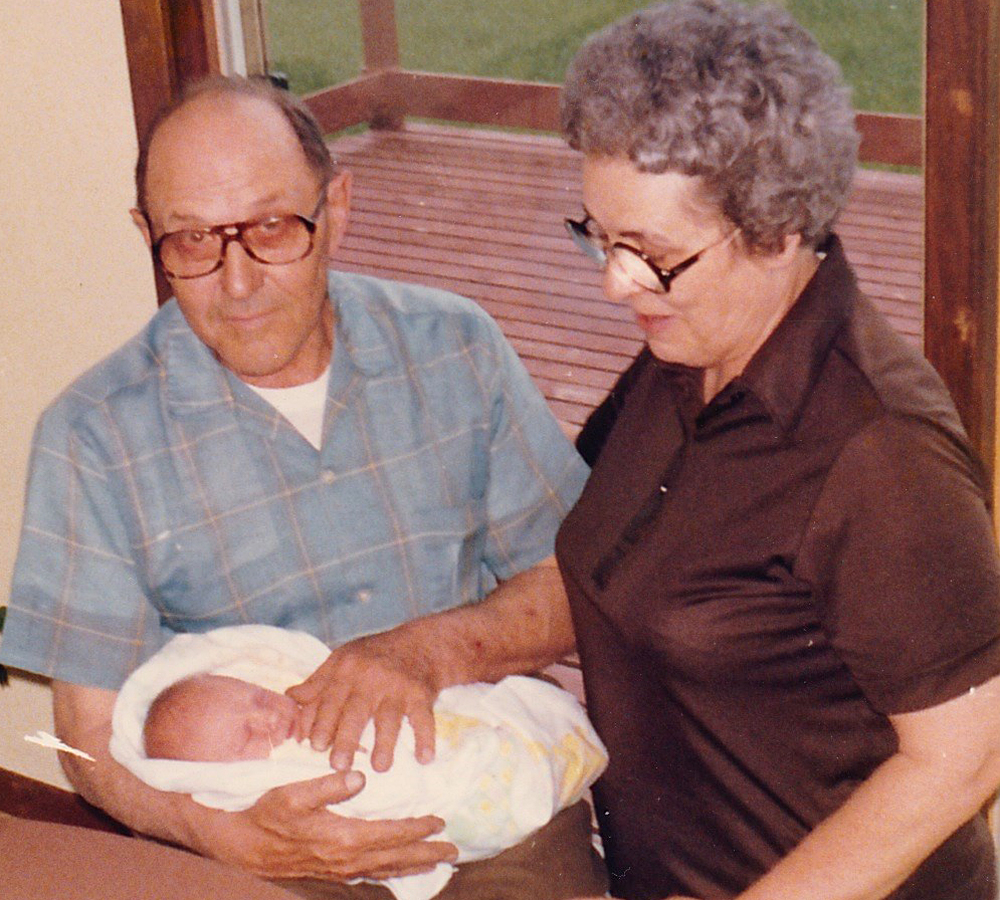 One last picture. Here’s Grandpa and Grandma, taking care of me before I even knew there was a me. Although they’ve both passed away now, I’m incredibly grateful for the years of memories.

Going behind the scenes

See the end result of M.Q.’s emotionally charged writing style in the Neighborly Affection series and the Gentleman series. Her next book is An Accidental Gentleman, out August 16, 2016.

← Meet me in New York City (aka There Will Be Corsets!) Behind the scenes: On finding inspiration and joy through stories →