Meet me in New York City (aka There Will Be Corsets!) 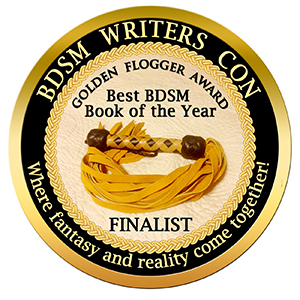 I am stunned and honored to say that Becoming His Master (Neighborly Affection #4) is a finalist for a Golden Flogger award. 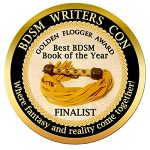 Going to New York City. Attending a conference as an author. Wearing some of my favorite corsets in public. 😉

What is it that you love most about this genre?
The raw honesty, hands down. A good scene strips the players down to their core and shows them at their most naked and vulnerable — and “naked,” here, has nothing to do with what they’re wearing. In real life, the experience is akin to staring into someone’s soul.

If you don’t have a paperback copy of Becoming His Master or the other books in the series, there’s still time to pick them up, or I’ll have some available at the book fair. Come talk books and corsets with me on August 19! 🙂 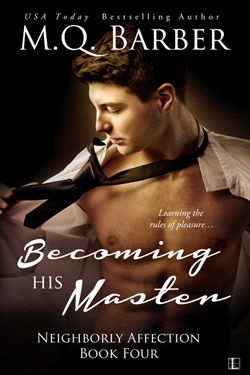 NOTE: Becoming His Master is a prequel that tells the origin of Henry and Jay’s relationship in their pre-Alice days.

Named a top read of 2015 by Crystal’s Many Reviewers.Read an excerpt | Add to Goodreads | Buy from Amazon | B&N | iTunes | Kobo

Now also available in trade paperback from Books-A-Million (online and in  your local store), Amazon and B&N.