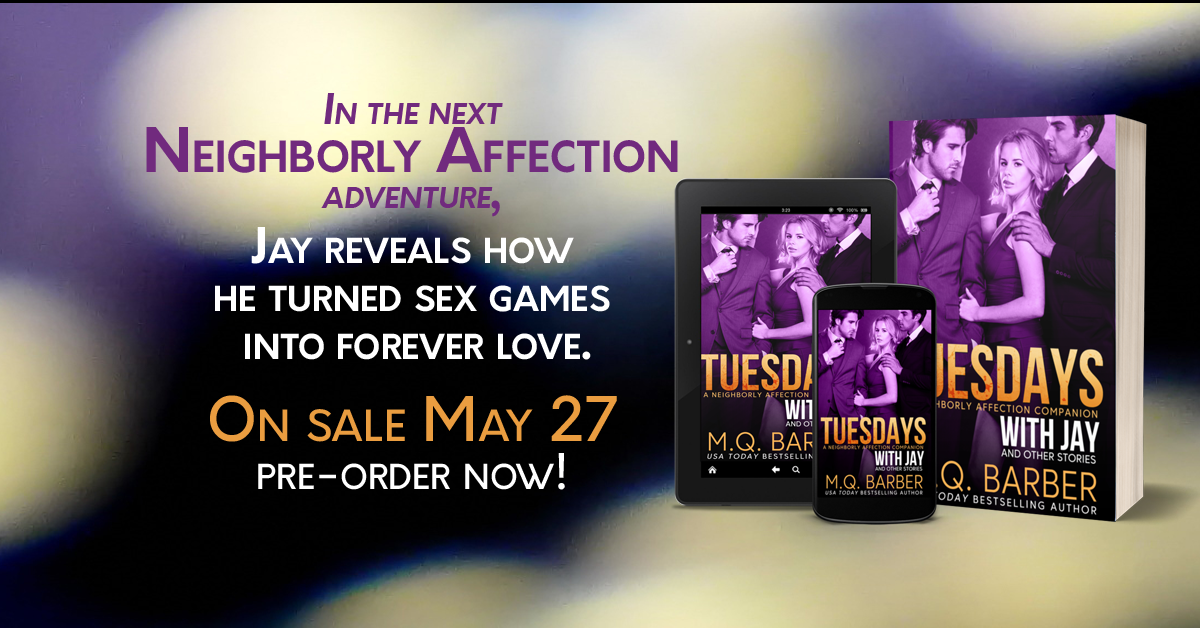 Pre-order links are up now for Tuesdays with Jay and Other Stories: A Neighborly Affection Companion! This novel-length collection gives a voice to Jay, the sexy-sweet sub in the Henry-Jay-Alice MMF trio.

I’m super-excited to share Tuesdays with Jay and Other Stories — it’s a tale that has been years in the making and expands the Neighborly Affection universe for everyone who has taken Alice’s journey in Playing the Game and Crossing the Lines.

Jay doesn’t show us the same scenes Alice did — he’s the behind-the-scenes guy. In Tuesdays with Jay, he reveals the emotional ups and downs as he and Henry try so very hard to show Alice the life the three of them can have together.

Tuesdays with Jay and Other Stories includes these stories:

Pre-order your copy today for delivery to your digital device May 27. Paperbacks will be available through Amazon’s print-on-demand service as soon as Amazon gives final approval.

About Tuesdays with Jay

A thousand thank-yous to the folks who have already started posting reviews of Tuesdays with Jay and Other Stories at BookBub and Goodreads!