Believing the impossible (or, what happens when you make the USA Today bestseller list) 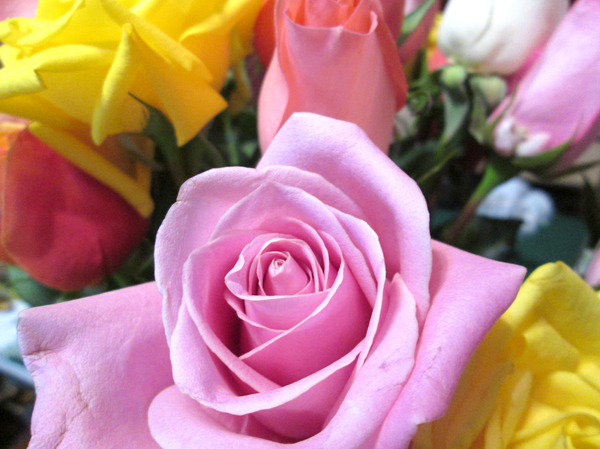 “Sometimes I’ve believed as many as six impossible things before breakfast.”

— The White Queen, Through the Looking Glass

When I started writing Playing the Game (Neighborly Affection #1) on April 1, 2012, I thought the date was a pretty good joke, because I was definitely fooling myself — it was impossible to believe I’d ever finish writing a novel.

When I sent the manuscript for Playing the Game to Lyrical Press in November 2012, I thought it was impossible that they’d pick my book out of the pile of cold submissions — those with no agent to advocate for them — because Henry, Alice, and Jay wouldn’t have mainstream appeal.

When Playing the Game reached #13 in the Amazon rankings last week, I thought it was impossible for anything to stun me more than that. 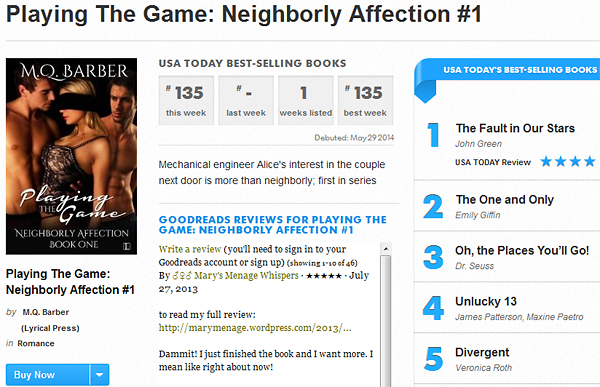 This is what you all accomplished: you propelled Playing the Game (Neighborly Affection #1) onto the USA Today bestseller list. I don’t know how many people have made friends with Henry, Alice, and Jay in the last week, but I’m gonna venture a guess it’s more than I can count on my fingers and toes.

On Wednesday, my publisher at Lyrical Press / Kensington Books floored me with the news that Playing the Game had made the USA Today bestsellers list. I gaped, fish-like. I emitted burbling nonsense sounds. I flapped my hands at the email on my screen.

I’m learning to believe the impossible. That’s something all of you are teaching me with every new reader who finds something to love in Henry, Alice, and Jay and with every person you pass that love along to.

Thank you for making me believe impossible things. I hope you all have something in your life that fills you with the same kind of wonder and brings tears of joy to your eyes.

So what happens when you make the USA Today bestseller list? Your publisher sends you a gorgeous bouquet of roses (and your dog scares away the delivery man).