Adventures with Henry and Jay 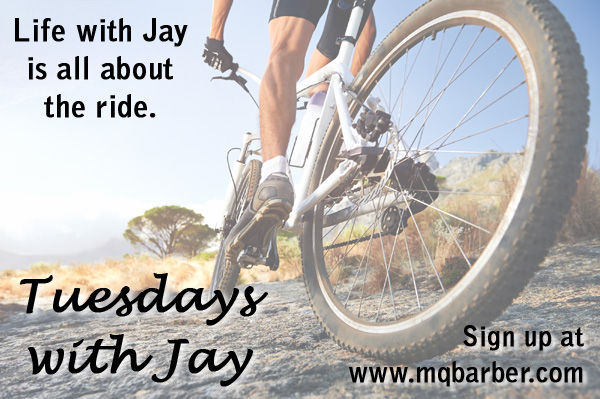 It’s a week for celebrating — content edits on Becoming His Master (Neighborly Affection #4) are done! Henry and Jay are off to visit the copy editor, who’ll ferret out stray errors and any inconsistencies.

In the meantime, I want to send out a huge thank-you to all of the newsletter subscribers who have voted for what they want to see in October. (As a reminder, the choices are a new Tuesdays with Jay story or the first look at a scene from Becoming His Master.)

So far, the first look at Becoming His Master is outpacing the new Tuesdays with Jay by about 2 votes to 1. The readers who miss Henry are a vocal group!

The Jay group is small but passionate — many of them explained their reasoning for picking a Tuesdays with Jay story over a peek at the new book. Lemme share a few with you (anonymously, of course):

“This is really the only time we get to see inside Jay’s head, and it brings balance to the perspectives. Knowing that Henry’s POV is coming with book 4, I’d like to get more from Jay so that we have an idea how each character in the trio’s mind works.”

“After reading Tuesdays with Jay #4, I want to vote for another Tuesday with Jay instead of a scene from Becoming His Master. This is not only because the Jay story was breathtakingly hot. It’s because I appreciate getting to know more about Jay and what he is experiencing and thinking about as he, Henry, and Alice explore their relationship.”

“I’ll take more Jay! I so enjoy getting his perspective! Even if it’s a little at a time. I can wait a little longer for the new book.”

I love the emphasis on fairness and balance! It’s good to see Jay getting the love.

The first-look advocates have a point, though:

“I’ll have to go with an excerpt from Becoming His Master. It’s hard to turn Henry down!”

You still have time to vote (and yes, you can wait to decide until after you see Tuesdays with Jay #5 later this month). I’ll count any votes from newsletter subscribers that hit my inbox (mqb@mqbarber.com) before October 1.

If you aren’t a subscriber yet, visit the newsletter page to sign up.

← Neighborly Affection is coming to bookstores! Tuesdays with Jay No. 5: Promise Kept →