Becoming His Master: Now in paperback 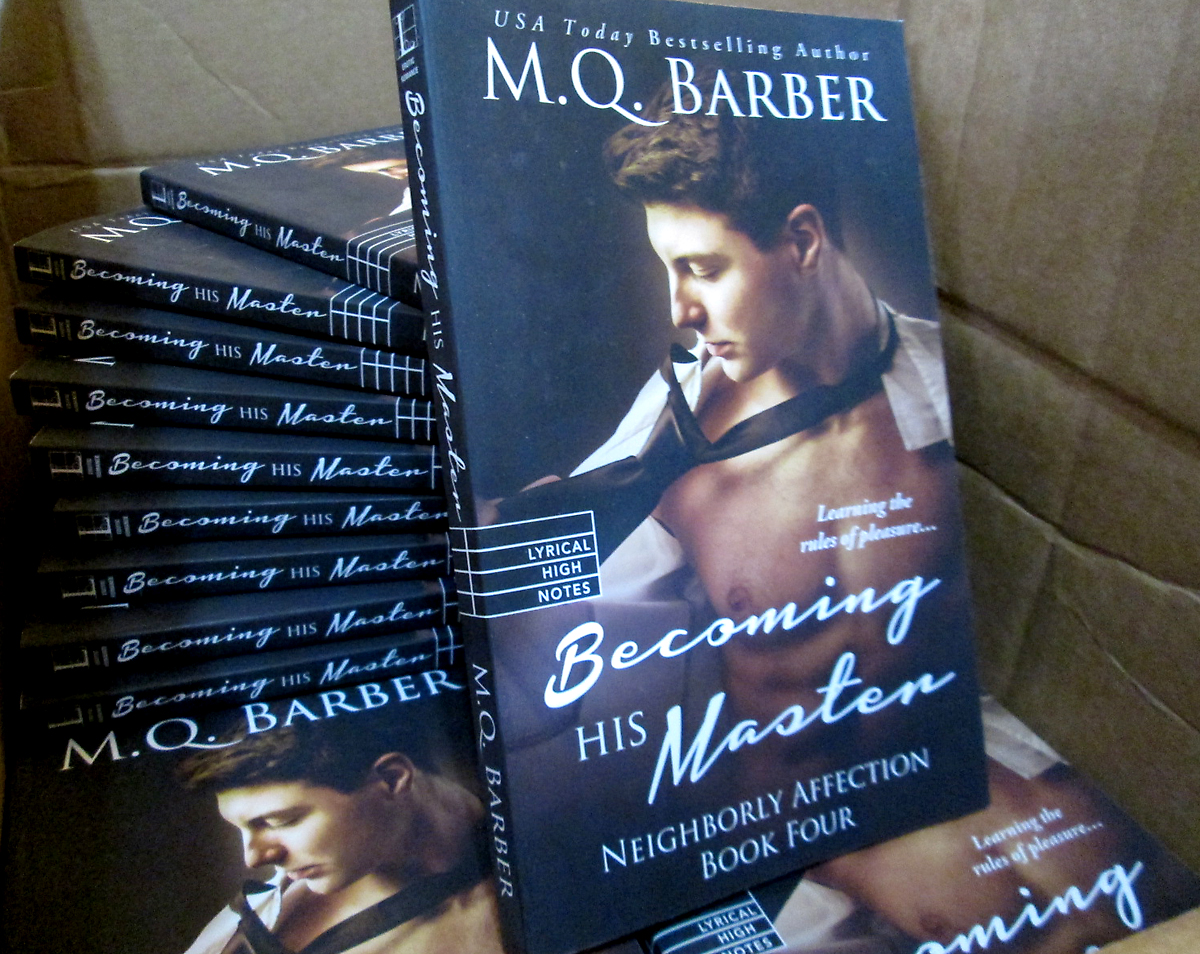 Check it out — my publisher sent me a box full of Henry and Jay. If only the guys could step out from under the covers, my life would be complete! 😉

It’s been a long wait since the digital release of Becoming His Master (Neighborly Affection #4) in March, but the paperbacks will finally hit bookstore shelves in November.

Look for Henry and Jay in Books-A-Million stores first. They’ll be a BAM exclusive until February, but after that you can pick up Becoming His Master from any bookseller. If they don’t have the book in stock, they’ll be able to order you a copy.

For those keeping track — Becoming His Master is the origin story for Henry and Jay’s relationship. We’ll rejoin Alice in Finding Their Balance (Neighborly Affection #5) on March 1, 2016.