Home Gentleman series Her Shirtless Gentleman on NetGalley for reviewers

Her Shirtless Gentleman on NetGalley for reviewers

Her Shirtless Gentleman, releasing August 4, is the first book in a new series for me. Every book in the series will be a stand alone story. Rob and Nora are up first — Rob’s sure he’s found the one, but Nora’s gun-shy after leaving a bad marriage. He’ll have to convince her to take a chance on him.

Blogger-reviewers also can sign up for the Shirtless Gentleman blog tour, running August 4-13 through Enticing Journey. Find out more in the sign-up form.

Non-bloggers/reviewers can still check out Her Shirtless Gentleman early in a few ways:

Here’s what Her Shirtless Gentleman is all about: 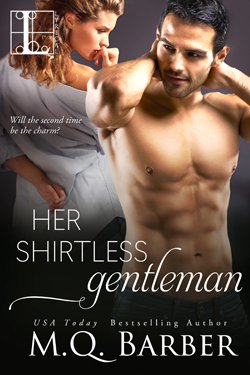